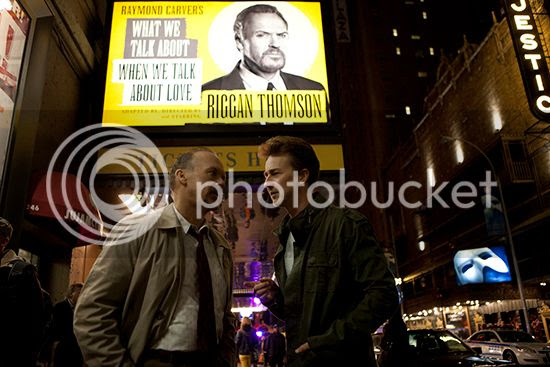 Birdman has everything. It's the one film from 2014 that has all the 'best of the year' bases covered. Great performances from an all star cast, tons of laughs, some dark introspective drama, suspense, a unique and infectious musical score, uncanny cinematography and technical wizardry, there's even random bouts of CGI rendered superhero carnage. By all accounts, this movie should appeal to everyone. It's also one of the most original and refreshingly bizarre films I've seen. Who would have thought that a flick about a washed up movie star trying to make it big on Broadway would prove so damn entertaining? I sure as hell didn't...but love being surprised now and again. 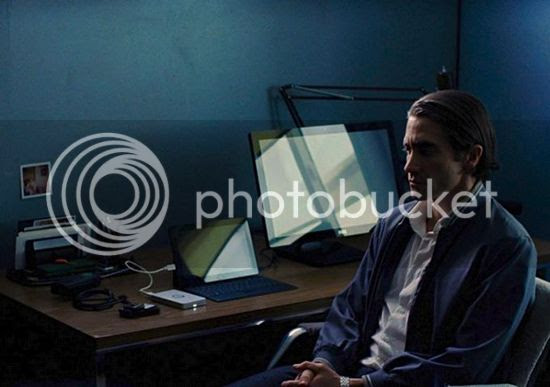 Jake Gyllenhaal was robbed. The all knowing Academy might have snubbed him in the best actor category but Gyllenhaal's work in Nightcrawler goes beyond all the best of the year stuff, it's one for the ages. In fact the only other performance that comes close to matching Gyllenhaal's manically intense portrayal of Louis Bloom, is Gyllenhaal's other scene stealing turn in Enemy where he plays two characters. The man's only real competition is himself! Nightcrawler is a dark and morose little movie that manages to titillate and horrify at the same time. Dan Gilroy's script and Robert Elswitt's gorgeous camera work, coupled with Gyllenhaal's performance of a lifetime, make's Nightcrawler one of the best, and most underrated films of the year. 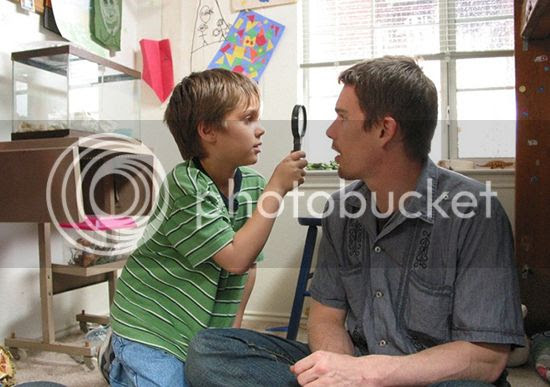 Richard Linklater knows how to get you. He perfected the art time lapse cinema with his Before trilogy, seducing audiences into an epic love/romance saga twenty years in the making. Turns out, Linklater was just warming up. He spent the past decade plus secretly working on Boyhood, the definitive millennial coming of age story that films it's young star growing from age six to eighteen. It may seem like a novelty, but Boyhood is really a remarkable, spellbinding piece of cinema that should be seen by everyone at least once in their lives. 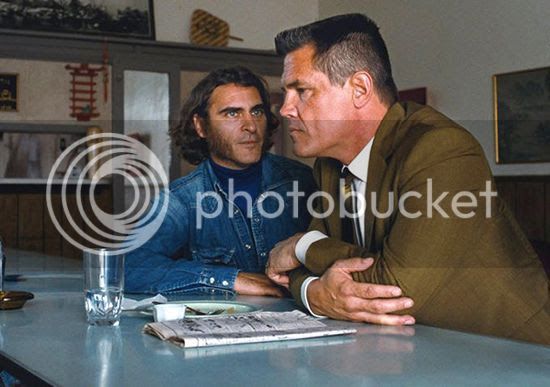 Joaquin Phoenix is Paul Thomas Anderson's new de facto partner in hi-jinx and I love it. Although the film's setting and comedic tone are light years removed from their previous collaboration, like The Master, Inherent Vice is a hazy, meandering slab of celluloid that focuses more on feelz and atmosphere than plot. There's more dick jokes in Inherent Vice though, that's for sure. Yes, I wish the film was a bit more streamlined and coherent at times [of course that's more a slight at Pynchon's source material than anything] but with Robert Elswitt's dream like visuals [two awesome DP jobs this year and the Academy snubs him why?!] and Josh Brolin's sublimely hammed up performance as Big Foot, I really didn't care that much and just went along with the ride. 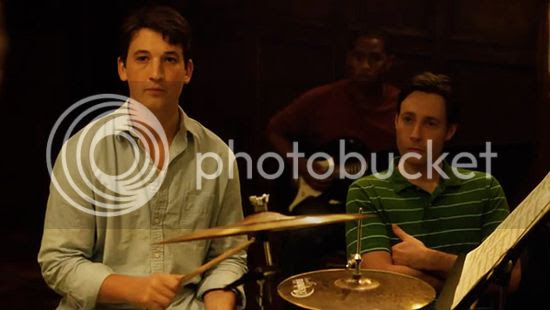 Drum sex, the movie. If you have more than a passing interest in music or film then you should try your hardest to see Whiplash in theaters. If you have a deep rooted passion for both, then Damien Chazelle's firebrand debut film is required viewing! As both a drumming and movie geek, I was on the edge of my seat throughout Whiplash. I might have loathed Miles Teller in The Spectacular Now, but he's nothing short of amazing in this one. Then there's J.K. Simmons' terrifyingly brilliant work as the band leader from hell. Simmons' delivery of Chazelle's rapid fire dialogue, is genius plain and simple. There's no doubt that Whiplash is a Rocky or Reservoir Dogs caliber debut film that will be talked about for years to come.

Lots of good flicks came out this past year. I should have posted a top 10 list for all the great stuff I saw, but for the sake of continuity, kept the top 5 tradition going. Anyways, here are the rest of my favorite films from 2014:


Palo Alto
Gia Coppola's debut film is a dreamy ode to the wistless days of high school. The visuals and the soundtrack are intoxicating.

Snowpiercer
Wild and wacky sci-fi that doesn't blatantly insult your intelligence, Snowpiercer is a head scratching thrill ride that makes you think and squirm at the same time.

Gone Girl
The first act drags a bit but once Fincher rolls up his sleeves in the middle, Gone Girl becomes a brilliant thriller.

John Wick
He's back. John Wi...er, Keanu Reeves is back in the greatest 80's action film since the Reagan administration. The film's body count and classic one liners are phenomenal. 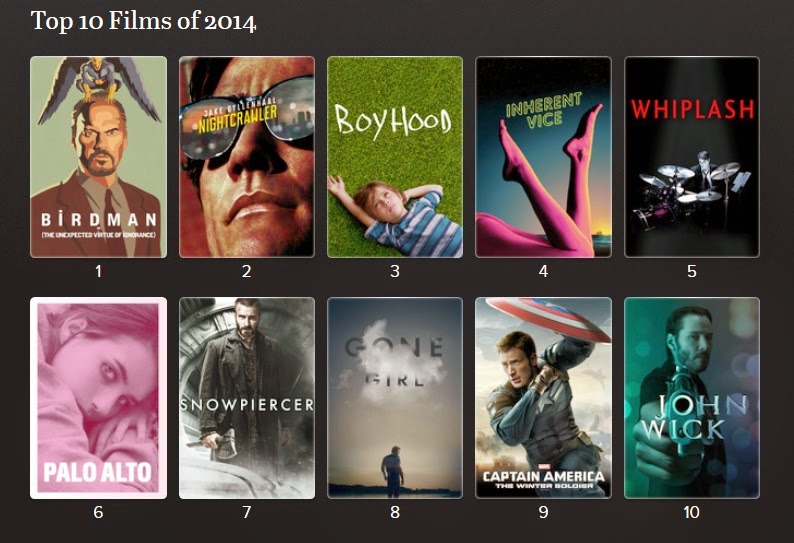 Check my Letterboxd profile for all things film related and reviews of my entire top ten.
Posted by MRanthrope at 12:55 PM

MRanthrope
"It's like Napoleon. When he was the king, you know, people were just constantly trying to conquer him, you know, in the Roman Empire. So, it's history repeating itself all over again." -Dirk Diggler